To help us talk through a specific example without sharing confidential information we created a ficticious brand called Flyg Outwear.

Flyg Outwear was established 1997 in the Swedish textile capital of Borås, offering high quality functional garments. Flyg puts strong emphasis on quality and function in its brand-building communication, which has led to multi-branding and many trims articles on each garment.

Flyg’s garment production numbers totalled 1,1m, mostly skiwear but also street-, leisure- and golf wear.
Flyg puts strong emphasis on quality and function in its brand-building communication, which has led to multi-branding and many trims articles on each garment. Let's take a look at one of Flyg's key products: Their Flagship Jacket 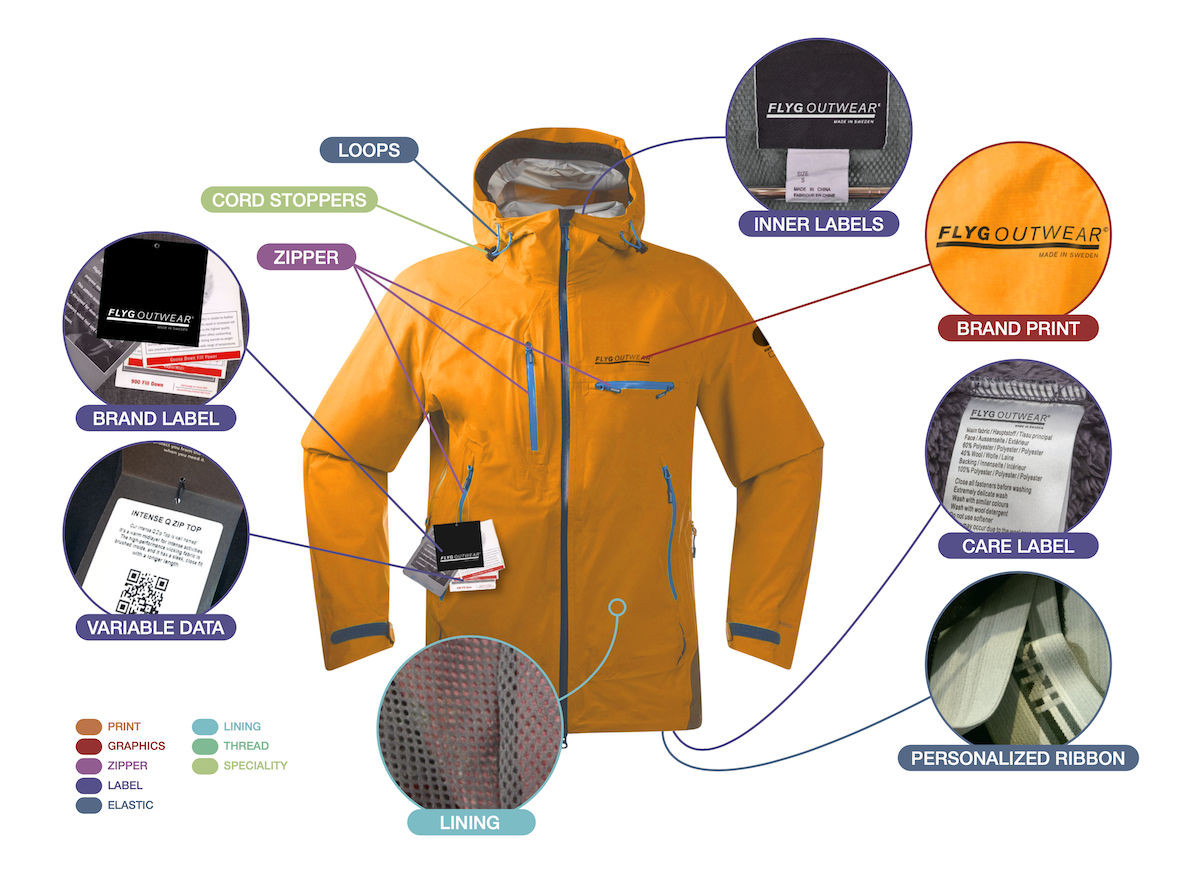 The functional and compliance requirements developed over time had contributed to a complicated, costly and uncoordinated supply chain for Trims and Accessories (T&A). A high number of variants of components had been developed without necessarily being used in actual styles. The lack of visibility of the T&A Supply Chain in terms of cost and the impact on speed for existing and new developments became a growing concern to Flyg’s management team. 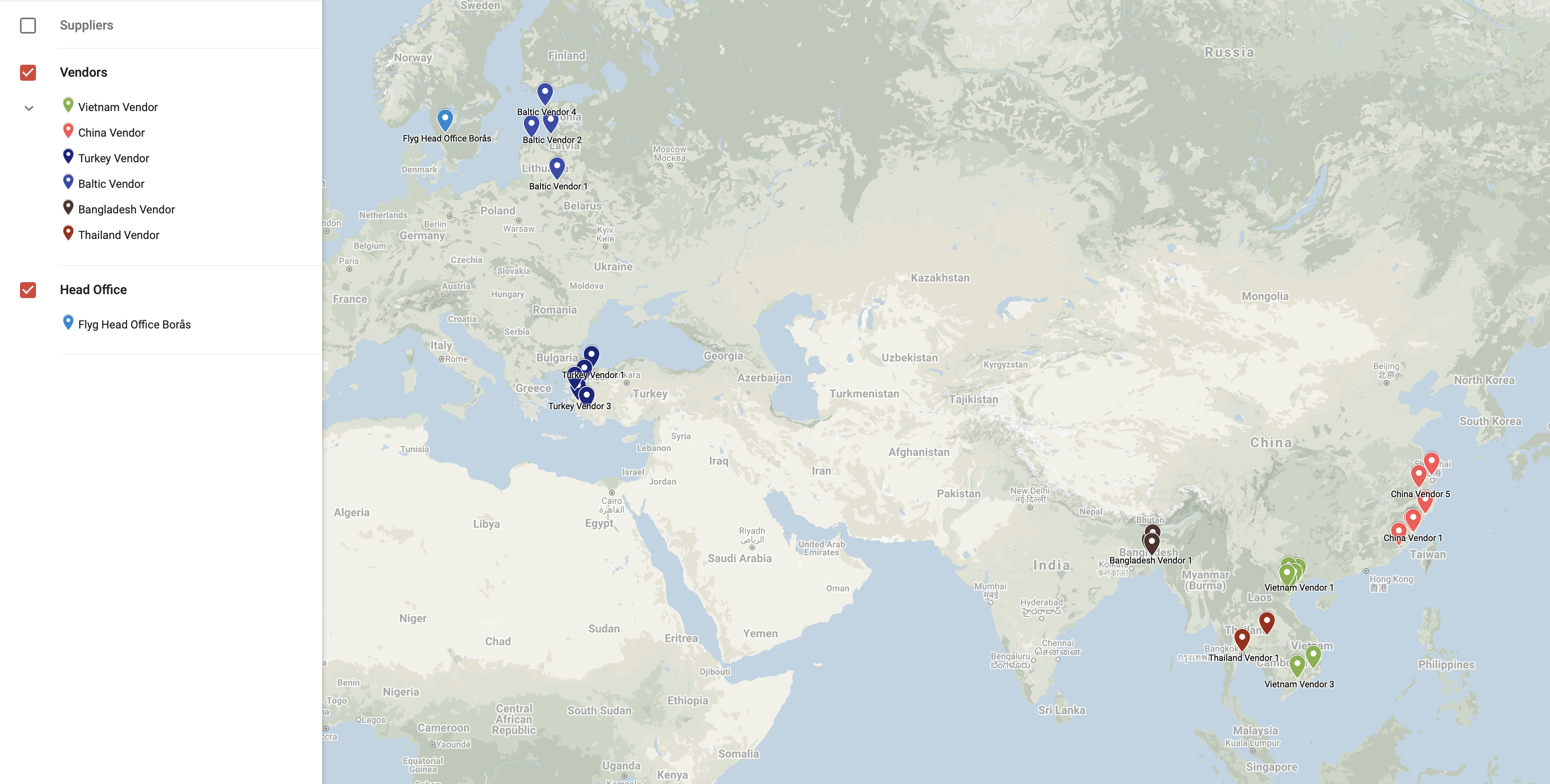 Flyg's vendors (garment manufacturers) are mainly in the far east with some nearshore production in Turkey and the Baltics. They have plans to move more production closer to their core market in Europe. 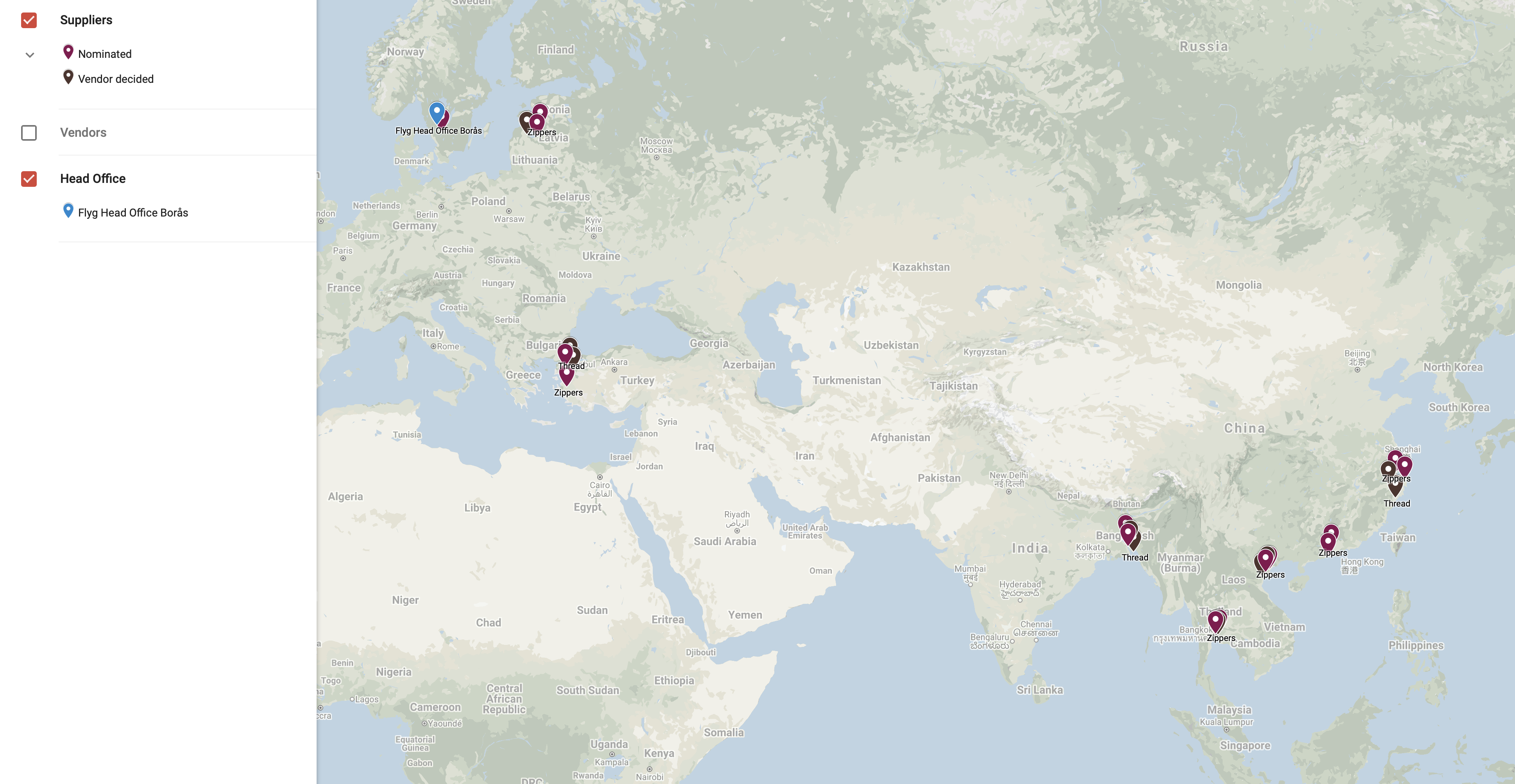 Flyg's suppliers (the suppliers who ship components to vendors) are in similar locations to the vendors.

For Flyg sustainability is a core part of their brand and subsequently they have a high CSR profile and have blue-sign approval on many T&A items. In reality the sustainability efforts had a limited effect as heat transfer were shipped from Sweden to the vendors in Asia and the Baltic region, which increased the carbon footprint and cost and a high share of trim sourcing was handled by vendors, which meant that Flyg had limited control on the real qualities being bought locally, respectively the monitoring of achieved compliance was connected with substantial control cost.

The management team at Flyg also lamented that they only had a limited costing knowledge in T&A and that they were too dependent on vendors.

By organising their BOMs and using Open Costing as a negotiation tool Flyg was able to work with vendors and suppliers in a more efficient way.
A key area here which is often overlooked and what was implemented for Flyg, is that the supply chain from suppliers to vendors needs to support vendor operations (including payment terms, suitable quantity agreements and lead-times).

To elevate Flyg’s purchasing position with suppliers and reducing the complexity for the vendors it was decided to bundle suppliers and have industrial partnerships instead of many personal relationships.
Flyg established defined guidelines for new developments. As the only constant in fashion is change, it was clearly identified that these realised improvements would dilute over time as old habits creep back in.

Some jackets for example, had over 20 branding-points including 12 branded zipper-pullers and repetitive brand placement. We worked together with the design team and made them aware of the workload and cost implication of their choices and worked with the suppliers to propose a re-engineered solution.
Another example is the care-label width, the original design which the old supplier suggested had a width of 5cm. The machinery can do a maximum of 8cm so we proposed to have a width of 4cm to create the double amount of care-labels using the same amount of material.

Innovation to reduce styles and variants